a and d: Left and Right

The rest of the controls are explained in game.

What is it with 'a' and 'd' for movement.  Is everybody left handed?  Other then that the game is cute.

Thanks! A and D is so you can use the mouse with your right hand.

good game so far, no major issues.
However the way attacking works feels a bit.. meh.
it aint really swinging your sword, more a tiny stab.

you see, sometimes you basically have to be less than 3 cm away from the enemy or it wont hit.

other times, for whatever reason (mostly with moving enemies) you can be a bit further away.
still though if the enemy is running towards you, stabbing him but also then running away in time to not collide is... a bit hard, given that the enemy basically receives no knockback from the attack.

for stationary enemy (and probably moving ones too), whats also annoying is the displacement after an attack.

like, I stand right in front of the enemy, I tap super slightly the right key to get close enough so I can hit him.
I hit.
during the attack animations I get pushed away to the left a bit.
Just enough that a am just merely clsoe away so I cant attack again.
so gotta tapmove a tiny bit to the right again to be in range again.

so yeah, attacking is finicky. give the enemy actual knockback from attacks (or bigger one if there is any) and increase the attack range and maybe the actual visual for it too. not sure if the attack range fits with the visually perceived range.

and jsut a note on the first boss:
please make him do something when he takes damages.

first time I played I had sound turned off.
so I kept hitting the enemy but assumed that he didnt take damage. since nothing changed, no red flashing or any visual indicator.
so i thought maybe I gotta hit some weakpoint.
or get closer since the attack range is kind of weird anyway in this game.

so directly jumped into the boss while hitting, still no feedback.

so yeah, today with sound I realized that I was hitting the boss and that the hit box was actually fairly big to what I had assumed.

but without that sound effect, I wouldnt have known that there was any damage done.

Also, but this is merely my taste, a healthbar for bosses is always nice! :-)

but yeah, you might wanna go over the way attacking works here as its always finicky a bit.
maybe make it a real "swing" in general and make it hit stuff in front AND above you, sicne that would have been useful too in said boss fight.
cause getting in front of the boss without getting touched is another thing.

but yeha, enough trashtalking, good game for what crrently is there.
obviously way more content and areas preferred :-)

Reply
The Hooded Olive1 year ago
Guess what I made a review of your game! I do critique quite a lot but that's simply because the game has a lot it needs to improve to further development.
Reply
clansing1 year ago(+2)

This makes a lot of games very hard to play on laptops that disable the touchpad for a brief time to prevent errors while typing.

I'm honestly curious why there's this (seemingly) recent fascination with the mouse button on platforming games. Are people just so used to FPS games that they use WASD/mouse as the default controls for everything? Are laptops that disable the touchpad just so rare that nobody realizes they exist, or they're rare enough to be irrelevant?

I just didn't know what other key to use.

if wasd control schem, ususally the jkl keys are used for jumping, attacking and stuff.

if it's arrow key movement games usually use
xcz (which is a royal pain for german casuals since with german keyboards, the bottom row of keys is yxc (namely its a qwertz keyboard), so you have to have an weird way of moving your left hand)
anyways xcz is in this case used for attack, jump and stuff.

but this is jsut my basic observation how simple browser games commonly place their controls. if it needs more than 3 basic actions, then stuff gets more complicated anyways.

but yeah, for browser games (or actually any sort of game) I prefer pure keyboard too.

cause if one hand has to be on the mouse, then the other hand can literally only be used for movement and nothing else :-)

Reply
The Hooded Olive1 year ago

Is this the game you wanted me to review? If so I will probably do it in the following weeks.

Reply
The Hooded Olive1 year ago

I guess I'll review it 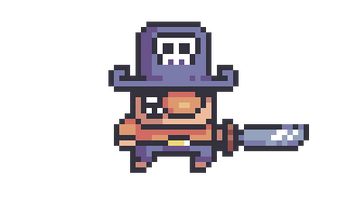